Full text of session below:

I want to talk to you today about a young man with narcolepsy, a life long debilitating disorder where he can and has fallen asleep without warning, smashing his teeth, breaking bones. He experiences terrifying hallucinations in a state of sleep paralysis.
He has to be given expensive anaesthetics to even get a few hours sleep. He's developed joint and muscle pain, suffers from anxiety and depression to the extent that he has tried to kill himself. He is fourteen years of age.
The condition limits every aspect of his daily life. There is no cure.
And bad and all as that is, the worse thing is that it wasn't always so. He wasn't born with it.
It's not a genetic disorder. This was an avoidable catastrophe.
This young man, like 80 others, developed the condition as a result of receiving the Pandemrix vaccination for swine flu in 2010 and last week, unnoticed and undocumented the HSE
and the State Claims Agency went into the high courts to obstruct him and people like him in getting documents under discovery. Documents which the HSE and State Claims Agency said they voluntarily disclose in 2015. Let's be clear here Taoiseach, the HSE decided to purchase Pandemrix, and continued to distribute it even after they knew it was dangerous and untested and before most of the public in Ireland received it.
They knew there was a seven to eight-fold risk of serious adverse effects in comparison with it's sister drug and alternative vaccinations for which there were no adverse side effects. So while Poland, Switzerland and the US wouldn't give a license, Ireland gave GSK full indemnity against the harmful side effects of Pandemrix. The company incidentally made 8 billion in profits out of it. Taoiseach, what I want to know, is the Irish Medicines Board, now the HPRA were told before the end of 2009 of the massive difference in safety profile of the vaccines before 95% of Irish children are vaccinated. Did they tell the minister as is their statutory obligation and why did they continue in possession of that knowledge to continue to administer the least safe vaccine?
Was it cheaper? Did you have a deal with Glaxo Smith Kline in return for jobs or something?
And secondly could tell me, in contrast to Sweden, Finland, Norway, Iceland, France and recently Britain who have all compensated victims, your government continues to deny their requests for discretionary medical cards and other benefits.
Why, I want to know, is Ireland the only country that doesn't operate a no-fault vaccine damage payments scheme? Will you bring forward such a scheme and order the State Claims Agency to cooperate?

Well thanks Deputy Daly for raising a matter of intense personal sensitivity for the young person involved.
I don't know the answer to your question as to why, if the HSE said that they would voluntary disclose the information that was sought but that there suddenly seem to be a change of direction and
that's something we'll follow up for you. And the Minister for Health has met with SOUND which is the support group for people with Narcolepsy in recent days.
He has sanctioned the go ahead for the centre of excellence at St. James' for sleep disorder. This has be sought for a very long time and has been welcomed by the group involved.
Program for government commits itself, as you are aware Deputy Daly, to examining supports for people who have been harmed by vaccines. You make very strong claims here about Pandemrix and the company involved, but even more so in your comment that the authorities were aware of the difficulties that this particular vaccine might cause and continued to use it.
Obviously that's something that deserves immediate analysis and I'll see that that that is followed through Deputy Daly. I don't have the answer to question.
I wasn't aware of the details of the particular case that you mentioned.

I don't expect you to know every detail. That would be completely unreasonable, but this is one of the biggest public health scandals in recent years and you should know about it. And now that you do I'm not accepting that you are going to fob it off on the Minister for Health. I expect you to follow up on some of these issues. Knowledge was available since 2007 in the World Health Organisation about the dangers of adjuvant vaccinations to young people in particular.
The HSE and the Irish Medicines Board in particular were aware, in 2009, of the increased dangers of the Pandemrix vaccination. Now Taoiseach, your minister, was, his first ministerial briefing actually, almost a year ago, this issue was on the agenda. And in the minutes of that briefing, it was said that disclosure of this documentation would be a priority for last year.
They are not disclosing the documentation. So what I want to know is, they are back up in court, the State Claims Agency on the 23rd of May. Are you going to instruct them to bring forward the documentation to assist these people in their fight for justice? Given the very very serious health consequences of these individuals, and it's not just that young man,
there are over 80 diagnosed cases already, for a completely avoidable catastrophe. This is incredibly serious.
Taoiseach and I expect you to have a hands on answer and approach on this.

Well you say that thethe situation was avoidable given the information that was available to the company. There is a court case on here at the moment. I don't want you to assume that I wouldn't have an interest in following through on this. There are many cases that come across the desk of the department of the Taoiseach every week. It's a serious matter and I will work with the Minister for Health to see that it is followed up as soon as possible Deputy Daly and I will keep you informed.

More coverage on this story: 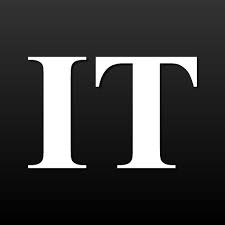 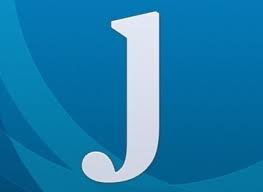 About the Author: James B.

We use cookies to ensure that we give you the best experience on our website. If you continue to use this site we will assume that you are happy with it.OkRead more